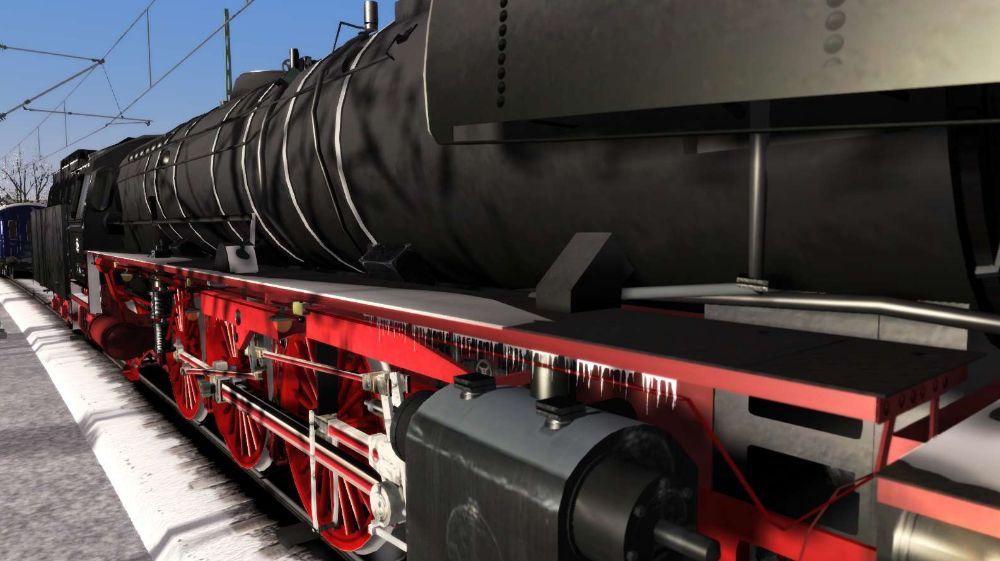 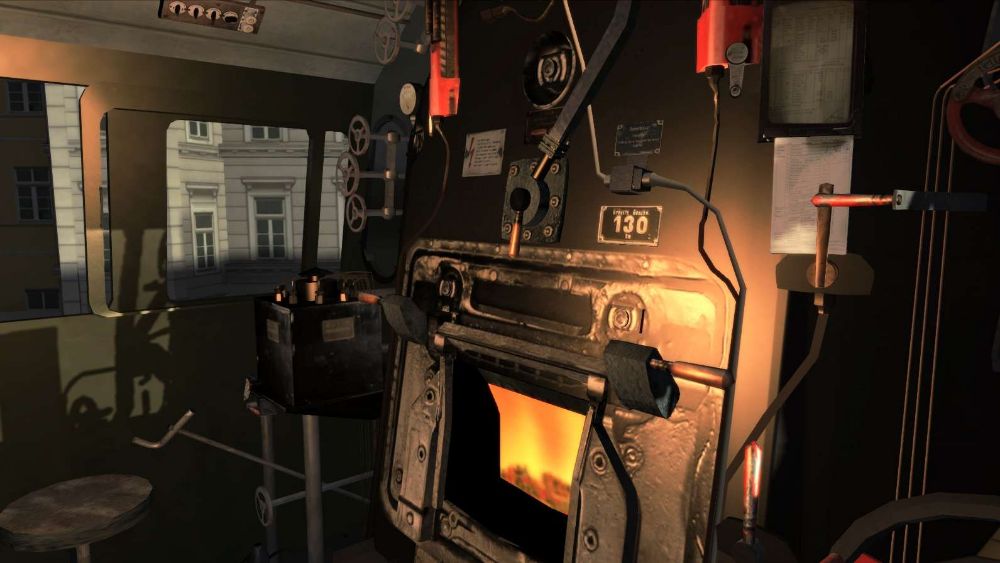 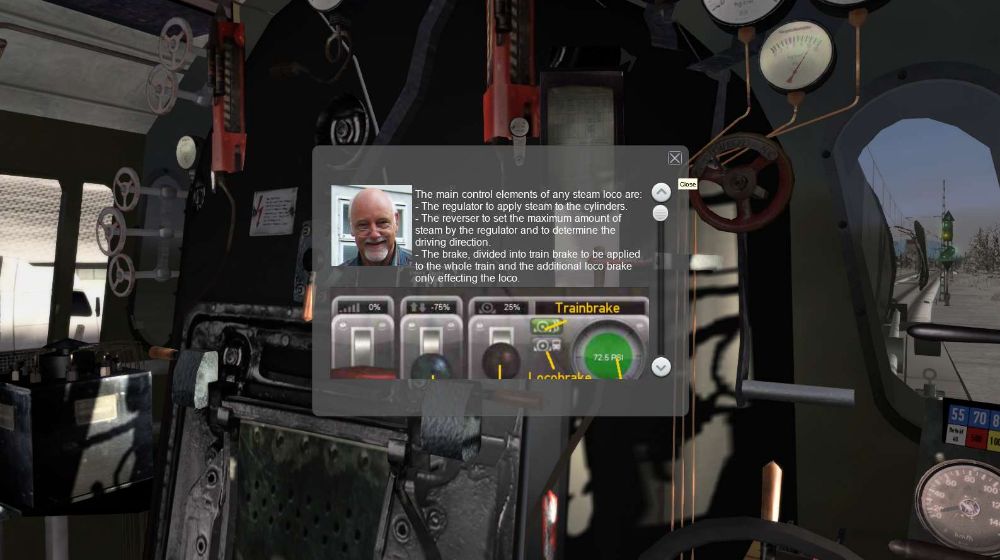 Drive three versions of the classic German BR01 Class Reboilered steam loco in this collection from Romantic Railroads. Simple and Advanced driving modes are available and the detailed loco's and tenders come complete with numerous animations.

Four coaches are also included along with a fire truck, used as a transfer point to fill water in any tender, and a static model of the electric loco E94 for display purposes.

The locomotives included are:

All the locomotives and tenders boast many animated features such as opening smoke-boxes with visible authentic interiors, animated water hatches and extensive scripting to make the driving experience as authentic as possible. Two versions of each locomotive are included - a Simple version for easy driving and a more complex version that requires more skill to stop priming and even boiler explosion!

The coaches feature various animations which include doors, windows and even passengers; some even have music playing! Leaking steam heating effects are also included.

All the locomotives and Coaches are Quick Drive enabled.

Please note that these routes are not included with this add-on but are available to purchase via the Steam website.

All the engines have opening smoke-box doors and wheel-set lighting.

Two versions of each locomotive are included - a simple and a more complex version to allow you to decide which is best for you to drive.

Three AB4ue type coaches and one coach with a dining compartment are included. All the coaches have opening windows and steam heating leaks controlled from the locomotive. The dining coach has a passenger view with animated passengers.

An English and German PDF manual is included.

Four Standard and two Tutorial scenarios are included to be used on the Munich – Garmisch-Partenkirchen Route and West Rhine: Cologne – Koblenz Route. Both routes are not supplied with this add-on but are available to purchase via Steam.

BR01 Good Bye Garmisch
We are leaving Garmisch-Partenkirchen and taking the 01 181 era IV in the direction of Weilheim.
Duration: 45 minutes

BR01 Steam
You are driving a special train with the steam engine 01 181 from Starnberg to Murnau.
Duration: 40 minutes

BR01 Tutorial Expert
Learn how to drive the reboilered Class BR01 steam locomotive using the Expert controls in switching on the PZB90 system. If you like, you can also practise taking water from the fire truck.
Duration: 30 minutes

BR01 Tutorial Standard
Learn how to drive the reboilered Class BR01 steam locomotive class using the Standard controls. If you like, you can also practise taking water from the fire truck.
Duration: 20 minutes

BR01 Steam in wintertime STD
It's winter time and the recently refurbished 01 180 is taking her first steps with a special train from Cologne to Koblenz. You are the driver on this special event.
Duration: 80 minutes

BR01 to Meiningen STD
The 01 180 was the star of the festival in the DB museum Koblenz Lutzel, but she has to return to Meiningen for a boiler inspection. On her way she will show up as a special guest in the Brohltalbahn Museum.
Duration: 30 minutes