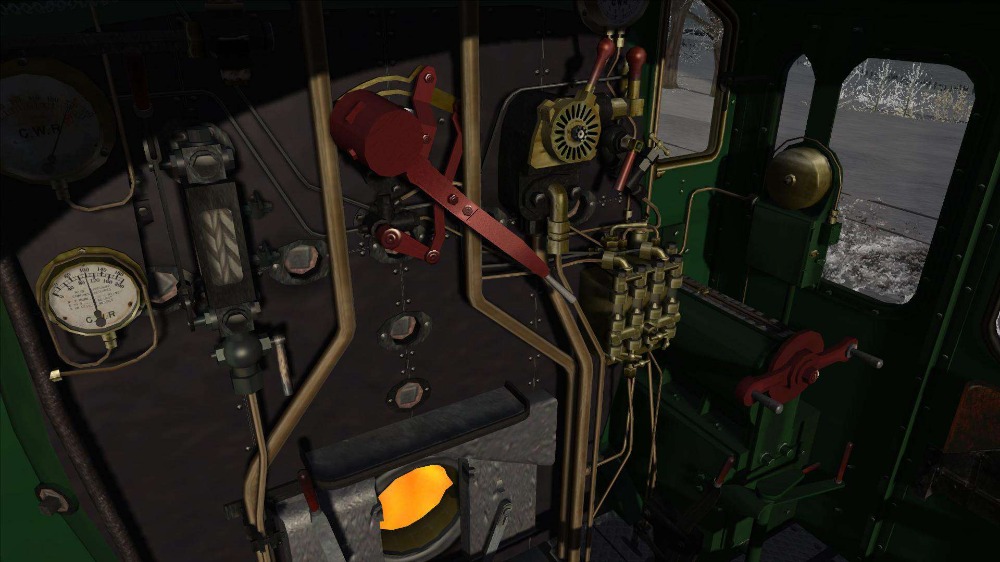 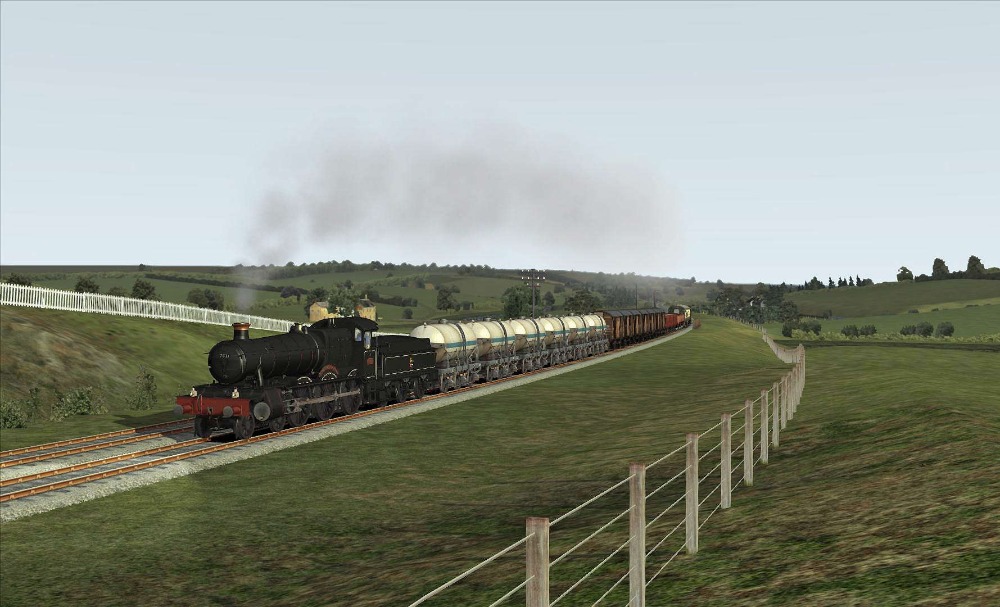 This accurately detailed GWR Manor Class expansion features this 4-6-0 steam locomotive in five models in three liveries, all with authentic cabs.
Ten custom scenarios, a set of Just Trains Mk.1 coaches, and tenders with both the early and the late style emblems complete the package.
This GWR Manor Class add-on has been upgraded (10.7.14) and now includes:

The ‘Manor’ or 7800 Class locomotives were designed and built by GWR and 20 were produced in the late 1930s, just in time to aid the British war effort. The design incorporated GWR’s almost customary 4-6-0 wheel arrangement and the class was considered so good that BR built a further ten machines at Swindon in 1950. All the loco's in this pack apart from Erlestoke Manor belong to this second batch.

All the locomotives were, as you might expect, named after manor houses in the British countryside, mostly those on or near the Great Western Railway network.

The locomotives were designed to be a lighter version of the Grange Class, mainly to allow them to work on lines such as the Cambrian and other weight-restricted routes. This didn’t mean, however, that they only worked on secondary lines – they could occasionally be seen hauling prestige expresses when more powerful locomotives were not available.

This GWR Manor class is pack is British Railways and preservation themed and all the models have the later style of un-lipped chimney.

Ten custom scenarios, a set of Just Trains Mk.1 coaches, and tenders with both the early and the late style emblems complete the package.
Detailed Description
GWR MANOR CLASS The locomotives were designed to be a lighter version of the Grange Class, mainly to allow them to work on lines such as the Cambrian and other weight-restricted routes. This didn’t mean, however, that they only worked on secondary lines – they could occasionally be seen hauling prestige expresses when more powerful locomotives were not available.

Manor Class locomotives were a perfect mixed-traffic design and were as happy hauling a coal train as they were a seven-coach stopping train. Although not a hugely powerful design, the locomotives were well liked and indeed 29 of the 30 built made it to 1964/5 (virtually the end of UK steam operations) which undoubtedly helped nine members of the class make it into preservation.

In their early years the 7800 Class loco’s could be found across much of the GWR system, but by the end of the 1950s virtually all operations were concentrated in South or Mid Wales, where steam power hung on for a little longer than on the main lines.

By the time the Manors came into service the beautiful fully lined GWR livery was no more, but Lydham Manor carried this non-authentic livery in preservation and is presented in this pack in that form.

Initially the Manors were not great steamers but over time modifications produced an exceedingly good design, one of those modifications was the chimney style that is included on the models in this pack

The GWR Manor locomotive is supplied here in three liveries:

This expansion also includes tenders with both the early and the late style emblems.

Please note that the scenarios included with this Manor Class add-on will only work on the assigned routes, some of which are not supplied with Train Simulator 2013 and will need to be purchased.

JT Manor – Bad Manors
A Manor has failed in the platform at Templecombe Lower whilst hauling a rail tour to Bristol. The train is heading for Highbridge and is very heavy. You are to collect it from Templecombe Lower and take it to Evercreech.

JT Manor – Burnham Goods
Drive a GWR Manor on an early morning goods pick-up heading from Highbridge and Burnham to Templecombe. You take over at Evercreech Junction.

JT Manor – Out and back
Drive 7812 Erlestoke Manor on a morning service from Evercreech Junction down to Templecombe before returning as far as Evercreech with a train bound for Highbridge and Burnham.

JT Manor – Sunday ballast
Drive a GWR Manor on a ballast train from Radstock up to Midford before returning to take another rake down to Bath. There is a great deal of engineering work taking place tonight and we need to get these wagons into position complete with their heavy ballast.

JT Manor – Free Roam
Click on a train and take it for a drive from the Templecombe MPD.

JT Manor – The Bristol and Avon Explorer
Drive 7828 Odney Manor on a charter from Bristol Temple Meads to Severn Tunnel Junction via Avonmouth.

JT Manor – Loco movement
Drive 7828 Odney Manor on a loco and support coach move from Didcot to Southall ready for its inaugural rail tour from Paddington the following day.

JT Manor – The Cider Express
Drive 7828 Odney Manor on a rail tour from London Paddington to Minehead as far as Reading. The loco is returning to the West Somerset Railway just in time for its steam gala and this is its first run after a major overhaul. Good luck, driver! You have booked stops at Slough and Reading.

JT Manor – Evening Test Run
Drive 7821 Ditcheat Manor on a Sunday evening trip out to Selhurst and East Croydon. This is the loco's return to traffic and is also a loaded test run.