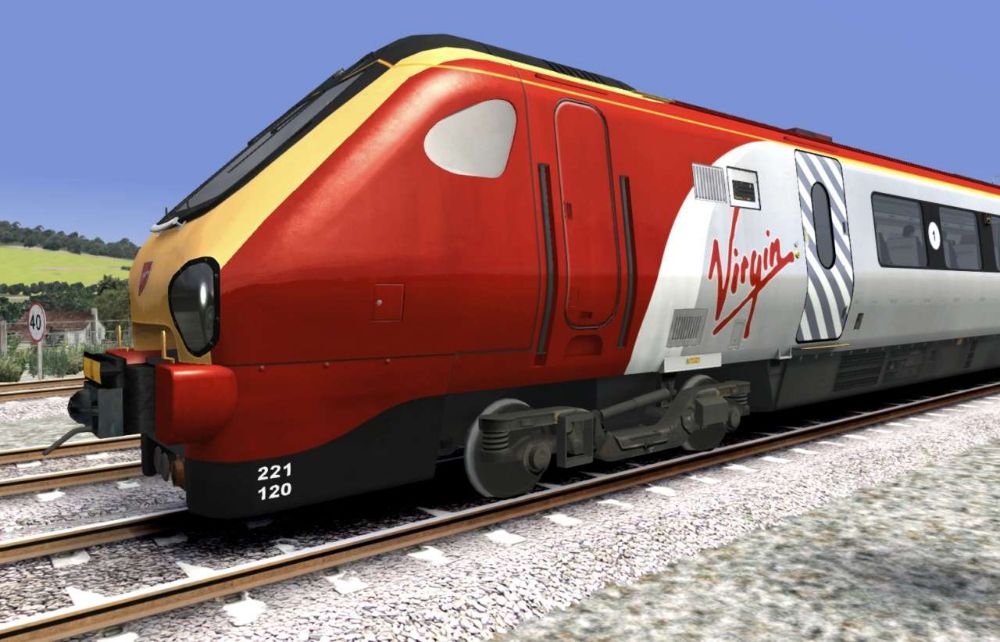 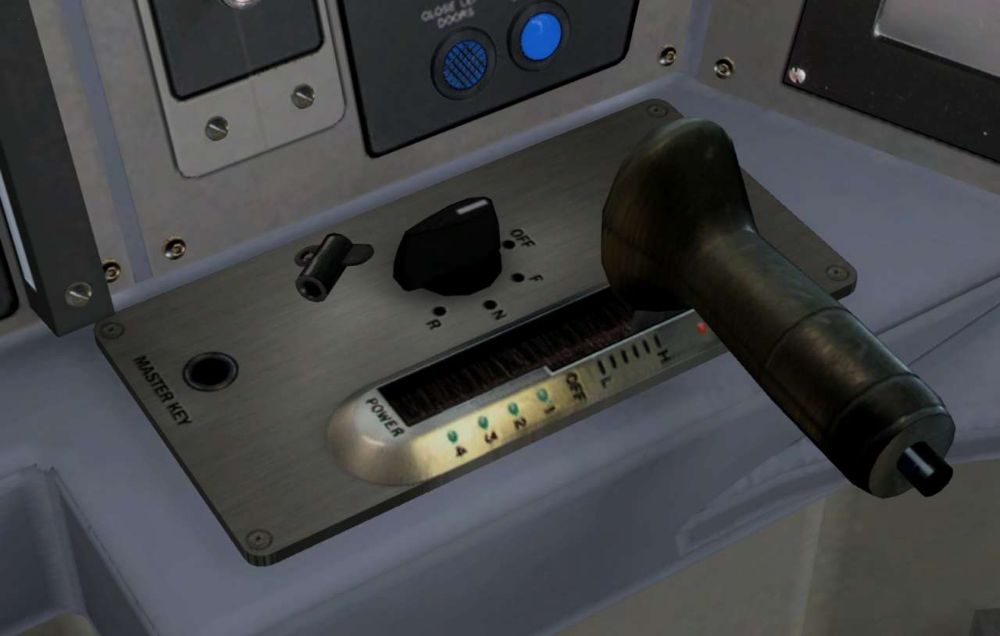 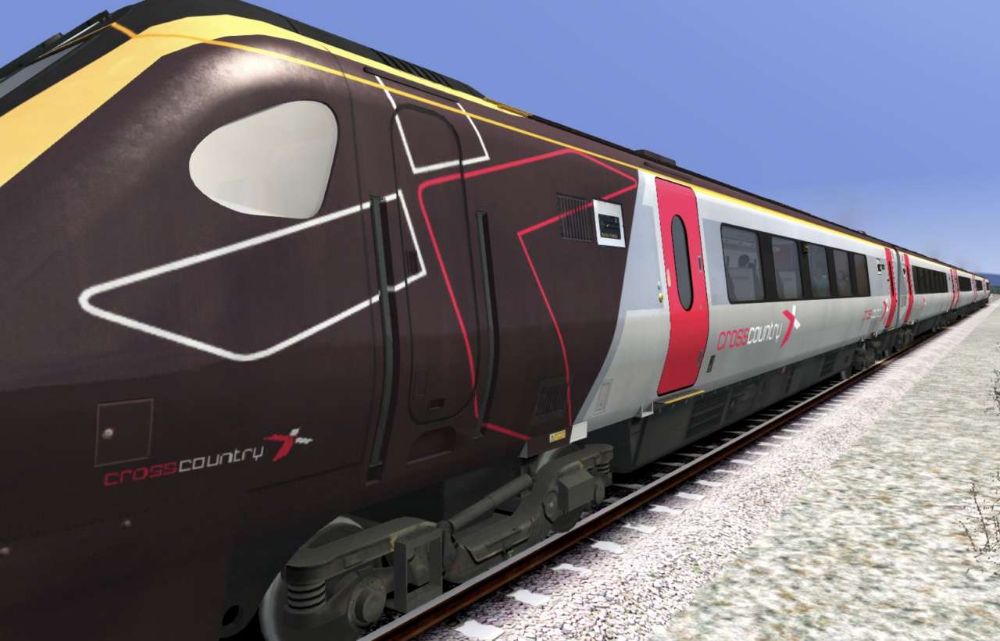 With their distinctive shape, effortless performance and striking liveries, the Voyager 220 and Tilting Super Voyager 221 passenger trains have been criss-crossing the UK for over a decade.

These two reliable DEMUs (Diesel Electric Multiple Units) now arrive on Train Simulator in the new Just Trains 'Advanced' specification. Extensive use of Just Trains' ActivScript technology bring you a high degree of realism and exclusive features to improve the realism of your driving experience.

Both the Voyager 220 and Tilting Super Voyager 221 are included, each in five liveries, and the Super Voyager 221 features switchable tilting round high-speed curves! Drive both units in twelve challenging scenarios for both default and add-on routes that employ our new ActivWorld scenario coding for a superior driving experience - be prepared for the unexpected!

Voyager Advanced is the third release in our Advanced range, bringing you advanced operating controls, realistic systems and authentic sounds. These top-quality Advanced renditions of the Voyager 220 and 221 are the ones to drive!

Five liveries for both the Voyager Class 220 and the Class 221:

Voyager Advanced features high quality sounds recorded from real Voyagers. There are separate sound sets for the driver's cab and the exterior view - you can hear the difference. In the driver's cab you can even hear the air conditioning start up and run!

Both the 220 and 221 support the Just Trains ActivWorld scenarios that allow incidents and system failures such as passenger communication, fire alarm, engine failure on any of the units and brake failure.

Scenario-based 'cold and dark' start-up mode - turn on the battery isolating switch and watch the systems come to life as they would in the real Voyager!

Drive the Voyager 220 and Tilting Super Voyager 221 on 10 challenging and interesting scenarios that employ our exclusive ActivWorld scenario technology on both default and add-on routes.

Brighton Voyager Farewell
Drive the last ever Cross Country service from Brighton to Birmingham using XC's 220 021 on the 14:30 to Birmingham New Street.

Freezing February
A Voyager that became stranded at Three Bridges due to heavy snow is to be used to work the final train of the night to London Victoria. The usual unit wasn't available and this is expected to be the final service until the early morning.

New Kid on the Block
Today you are in control of a brand new Class 220 Voyager delivered earlier this morning. A depot instructor will lead you through the start-up procedure and the various new controls in this unit. We will then go out onto the main line to do some testing between here and Reading.

Caught in the Cold
This morning you are in charge of one of Arriva Cross Country's Class 220s on the first train of the day from Reading to Manchester. This service normally starts at Southampton but due to the snow it is starting here at Reading today. The train is 1M18 06:11 Reading-Manchester Piccadilly. It's just coming up to 6 AM and we are running late so need to get the unit started and set up ASAP ready to head into Reading with the empty train. Once at Reading we will reverse and head for Oxford where a Manchester driver will take over. It's not all going to plan, however; the weather has caused problems for other services and many are running late so you can expect further delays en route to Oxford!

Across the Pond
Drive a Voyager on a tourist trip over the Cajon Pass. The unit is only on here on hire to show what keeps Britain moving - but it has gained a special US livery!

Castle Rock Experience
Take the Voyager on an express service along the length of the Castle Rock Railroad - it's rather different to the usual train on this service!

German Tourists
Take a party of German skiers on a hired Class 221 Voyager from Hagen to Siegen on a very wintry evening.

On Test in Germany
On a stunning summer's morning you are assigned to your first day of training on board the British Class 220 Voyager unit.

Scenarios for add-on routes - all available from Just Trains

Driver Training
It's September 2002 and you have just finished with Class 47s on XC services around Britain. Today is your first day back after a two-week break and it's all changed! Gone are the oily, unreliable 40-year-old Brush veterans and in their place brand new Bombardier Voyager units. Mark, your driver instructor, will take you through the start-up procedure before you head out onto the line for an introductory drive. We will also be testing a few of the fault systems today so keep on top of your game at all times!

Summer Saturday Service
It's a summer Saturday and, as always, the holidaymakers are out in force for their annual holiday to Devon. These are the busiest days of the year here on the Bristol to Exeter line and today is no exception. You are in control of two five car Super Voyagers on a new service for the type. These units are currently replacing the Class 47s on the main services and will eventually see off the HSTs too! However, all is not well. One of our engines has failed and the guard in the second unit says that the temperatures on two of the other cars are not looking good. A Class 47 is also struggling on a southbound service and, to top it off, a Black Five is out on a rail tour to Plymouth! These days are sent to test us!

Easy Like a Sunday Morning
Today your job is easy (just like a Sunday morning, although it's Monday!). You need to get your Class 220 Voyager prepared for service at Barton Hill depot before working a stopping service down to Weston-Super-Mare and returning to Bristol Temple Meads. We are on hire to FGW today. The commuters are getting a change from their usual Class 150!

Rush hour express
Take charge of a XC Voyager on 1S49 11:25 Plymouth-Dundee on a glorious summer evening. You will be in charge from York to Newcastle. Enjoy the trip - you should have no problems today!

Free Roam scenarios are available for these routes: