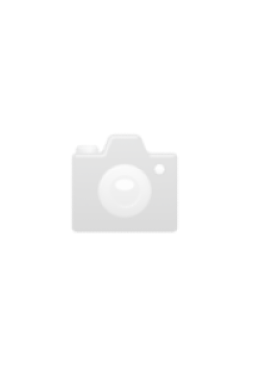 The S8 London Underground stock has been in service since 2010 and is used on the Metropolitan, District, Circle and Hammersmith & City lines. The S stock ('S' stands for 'Sub-surface') has less seating than previous trains, but is capable of faster acceleration and has more room for standing passengers.

S8 stock has air conditioning and low floors to facilitate access for disabled passengers and it is possible for passengers to walk from one car to the next while the train is moving.

The S8 has been developed in conjunction with a current S8 driver to ensure the utmost authenticity and accuracy.

The S8 will operate on any third- or fourth-rail route but Just Trains' Metropolitan Line has been specifically developed for the S8 and S7+1 Advanced and the Just Trains London-Aylesbury route includes the section of the Metropolitan line which runs beside the main line route. These routes include custom London Underground signalling and various invisible markers which allow the functioning of S8 features such as the tripcock safety device, door opening interlock and the simulated in-cab video screens which display at stations. Certain advanced features of the S8 will not function on routes that are not specifically designed for it.

The depiction in this simulation is not intended to be a true-to-life representation of how all areas of TfL operate, including health & safety etc. Care has been taken to ensure the design elements closely match TfL’s IP, however this has not been reviewed in line with TfL’s brand guidelines, and TfL takes no responsibility for any discrepancies.

When activated, the PEA alarm shows, the train brakes are automatically applied and the PEA screen displays on the TCMS along with an indication of which carriage has the alarm.

Accurate stopping, using the stopping chevrons on the platform, is required to allow the doors and simulated in-cab video screens to operate.

Correct Side Door Enabled (CSDE) icon will show in the cab when the train is stopped correctly.

Latest version of Signalling Interface Device used, as OF February 2019 with VOBC displays.

These will illuminate orange when the passenger doors are open. The ODIL on the de-icing car will show blue when de-icing is in operation.

When the appropriate consist is used (not all have de-icing units) it will have a de-icing car in it and you will be able to operate the de-icing function from the TCMS.

JT S8 – At the End of the Day
Duration: 50 minutes
Difficulty: 3
Drive train 402D on its last working of the day from Amersham back to Harrow-on-the-Hill before working empty back to Neasden Depot.

JT S8 – Rickmansworth Start
Duration: 40 minutes
Difficulty: 2
Drive train 460 from its start of service in Rickmansworth South sidings for a quick trip up to Amersham and back.

JT S8 – Saturday Night in London
Duration: 40 minutes
Difficulty: 3
Take an evening train from Amersham to Wembley Park on a Saturday night. The clubbers are out in force and heading into the city!

JT S8 – Total Chaos
Duration: 45 minutes
Difficulty: 4
When things go wrong, they really go wrong! A major signalling failure at Harrow has just cleared and trains are up to an hour late. You will drive from Wembley Park up to Amersham, dealing with the traffic en-route. Platform 4 is currently out of use at Harrow due to the signalling issues.

JT S8 – Builder's Bag Bother (Part 2)
Duration: 25 minutes
Difficulty: 3
Following on from Part 1... Train 412 suffered damage to its tripcock device below the train. A rescue train has been sent to Harrow-on-the-Hill where you will be tasked with coupling up and taking the train back to Neasden Depot.